December through April bring Winter Steelhead to our remote streams. Big natives often exceeding 20 pounds are often found in pristine rocky pools throughout the river system. These fish are fierce fighters and will always leave a lasting impression on you with every tail dancing run and acrobatic leap. We average 20-30, twenty pound plus trophy steelhead each year. 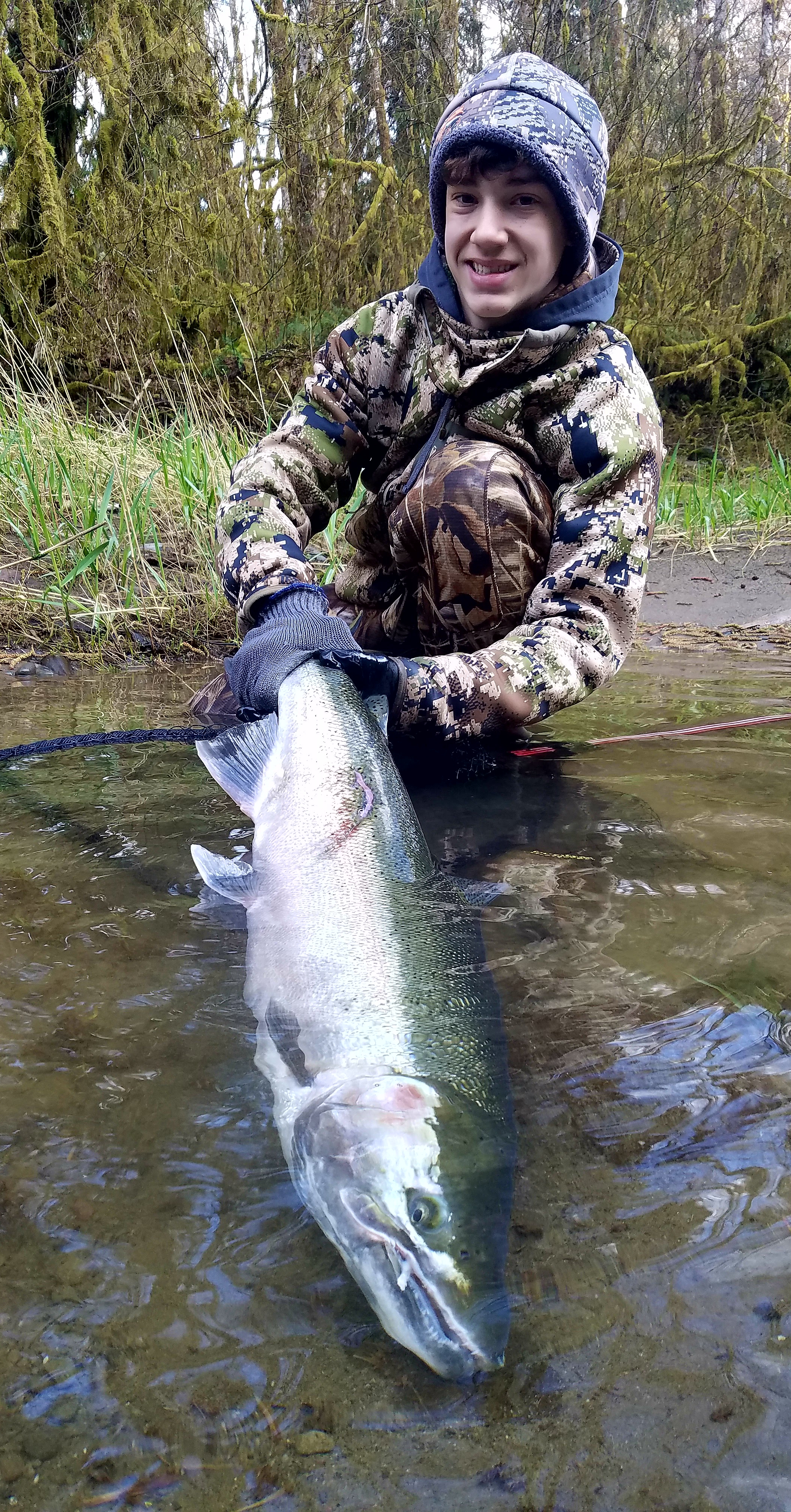 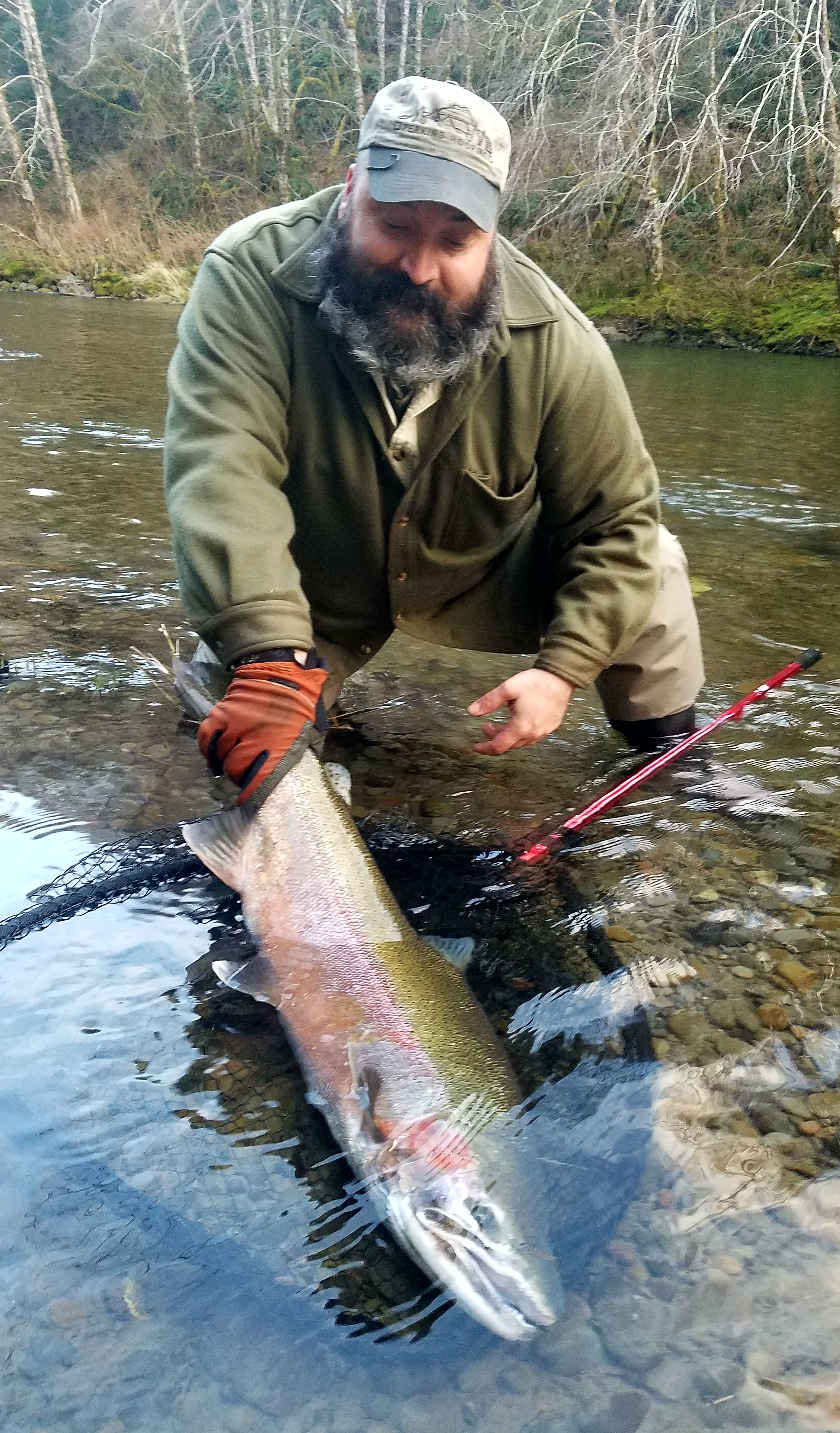 May through July brings Spring Kings,  Summer Sockeye and Steelhead to the Olympic Peninsula tributaries. King salmon that tip the scale at over 40 pounds are found lurking in the deep water, while the wiley Summer steelhead , that feed on almost anything, hide in the rock covered tail outs by the hundreds. Summer sockeye give the ultra-light gear fisherman a real aerial show, and the finest table fare available. This time of year you dont know what you might catch. 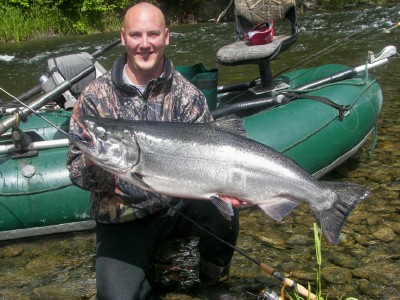 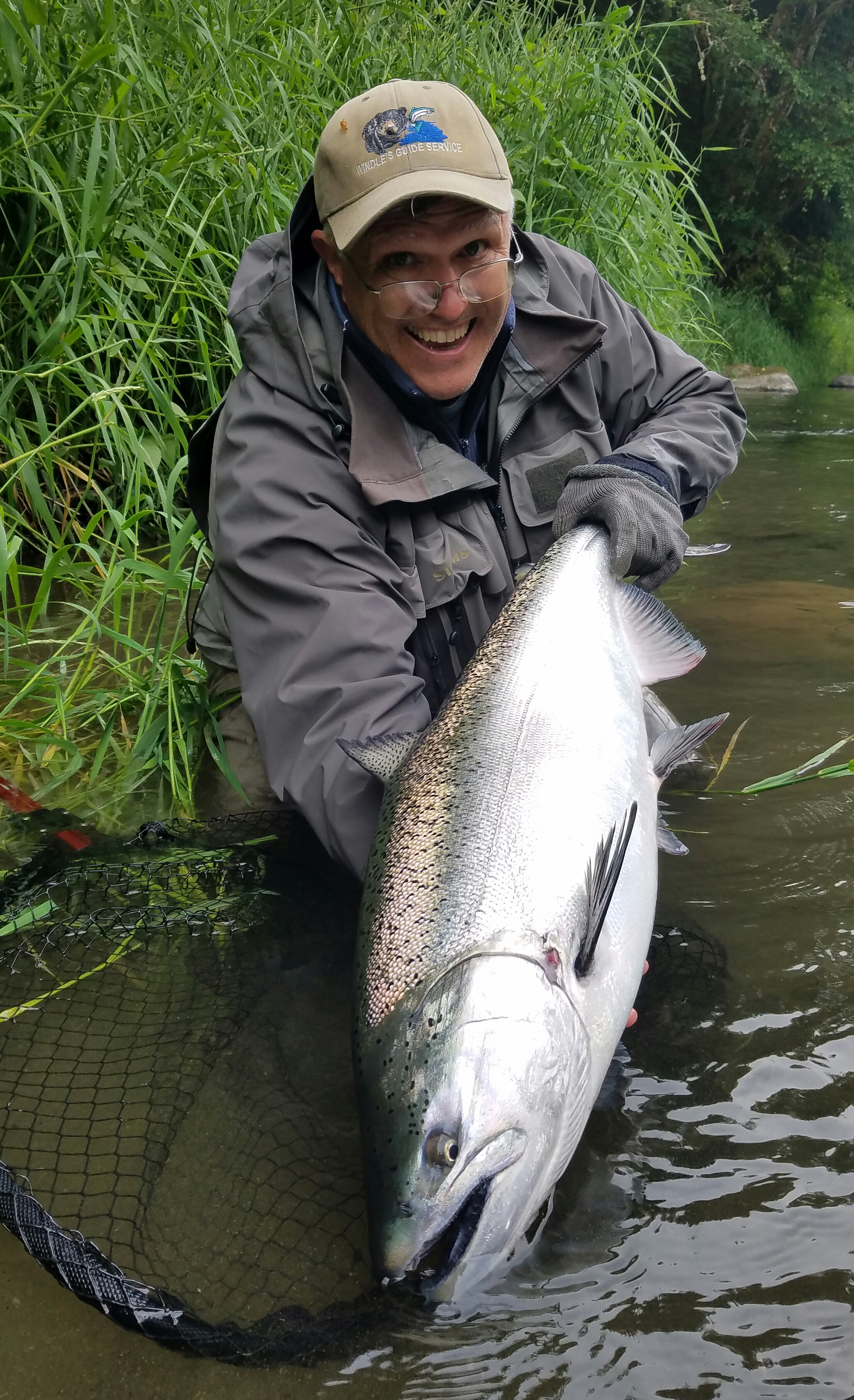 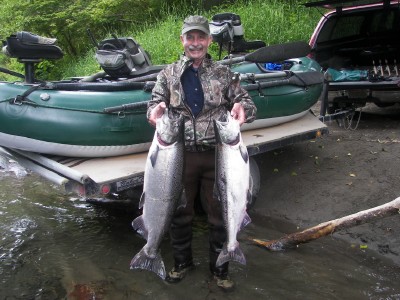 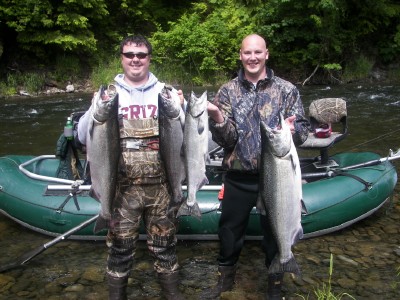 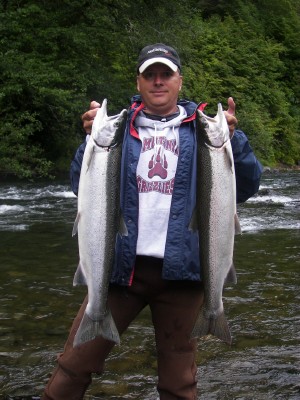 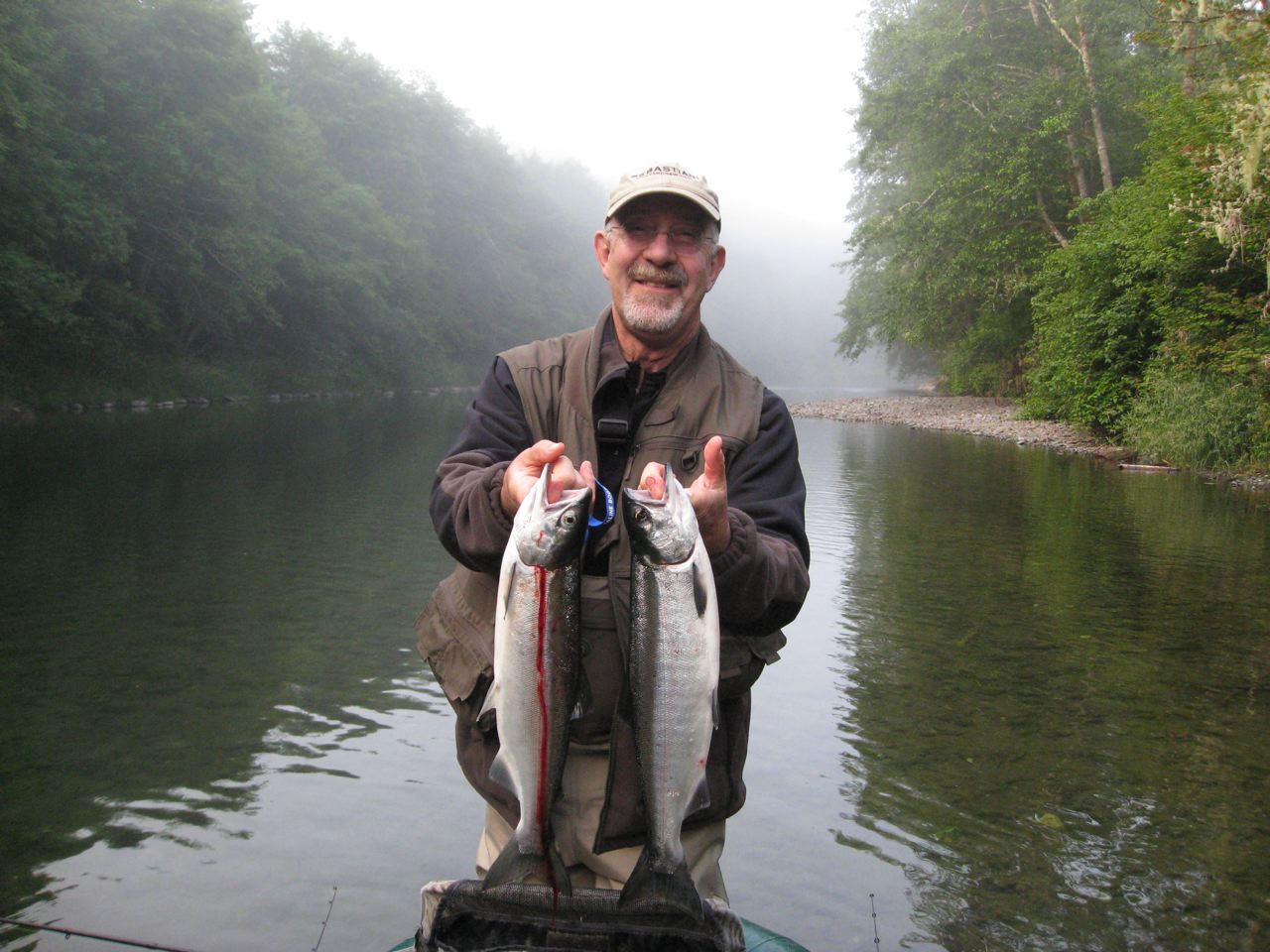 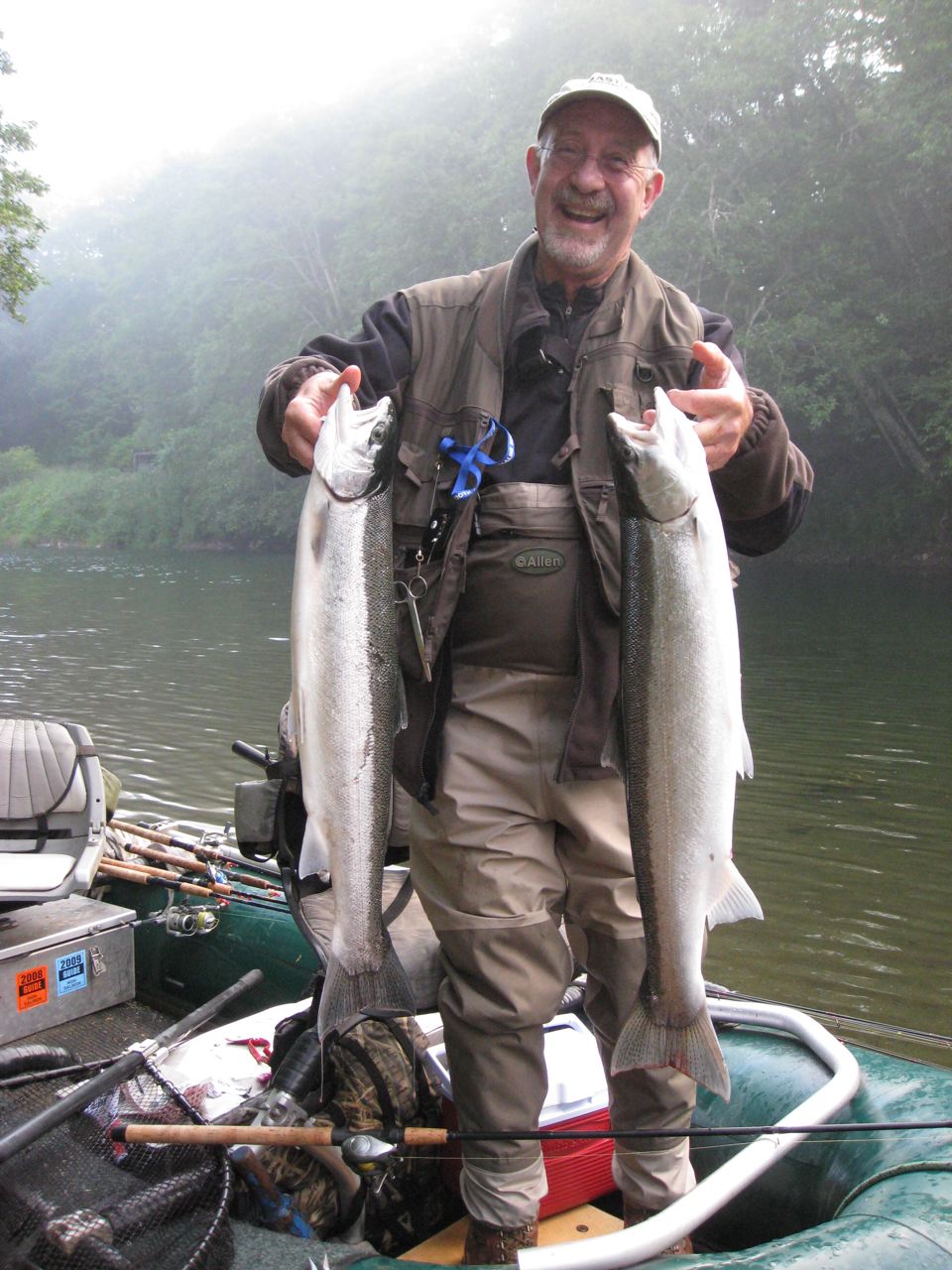 About 75% of the fish this time of year are hatchery fish so they find there way to the BARBEQUE. With a very healthy limit all Wild Fish are returned unharmed. Landing large fish upwards of 30lbs on 6 and 8 lb test is the ultimate..... The weather is always nice and the fish are THERE to see. (all sight fishing)

August through October the rivers are alive with Summer Coho salmon.  It's the ultimate time to catch fish on ultra light tackle.  You will find silvers making their way up the riffles by the thousands. These fish average 10 to 12 pounds during this time of year.  Talk about a great time on a 4 to 6 pound leader ! 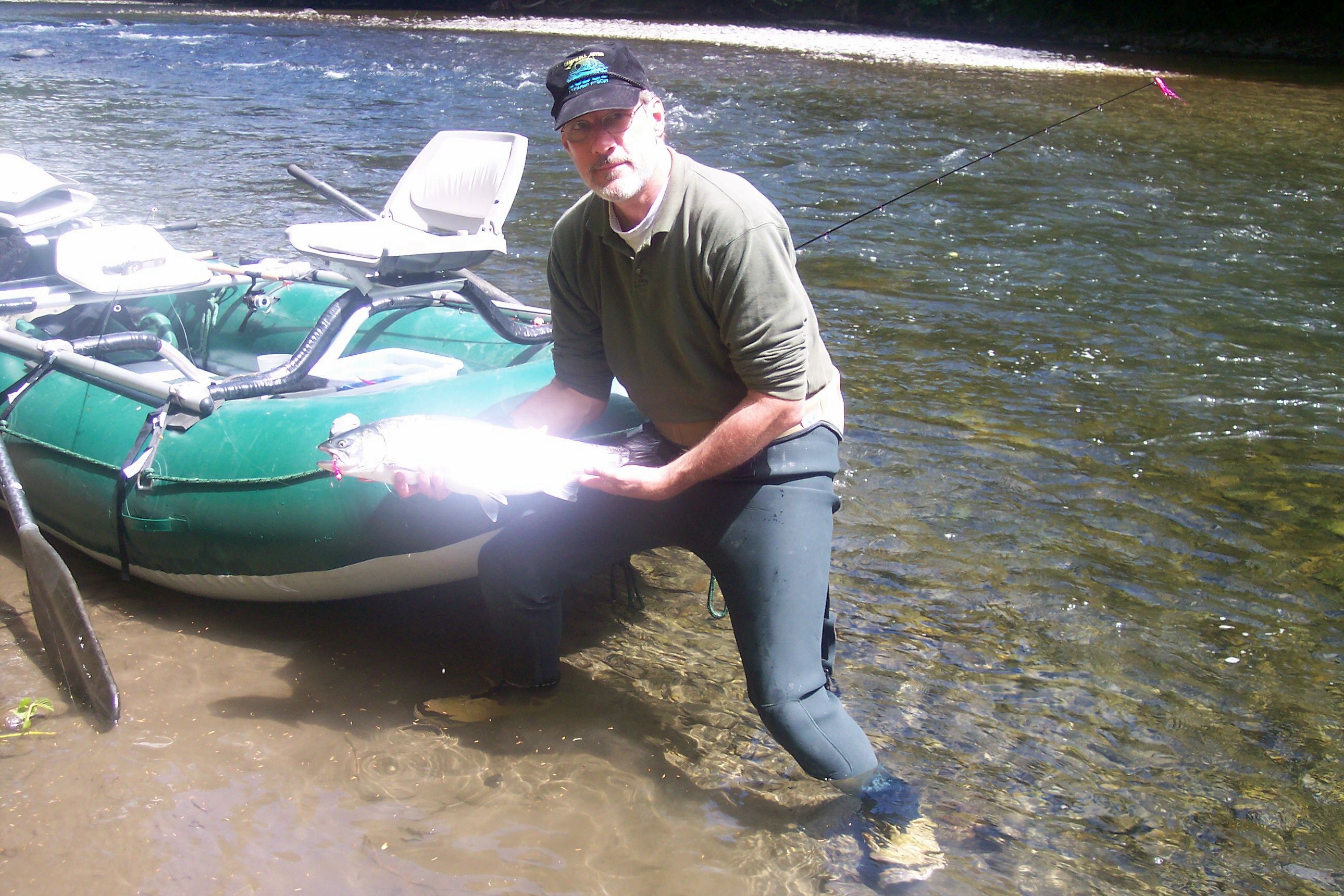 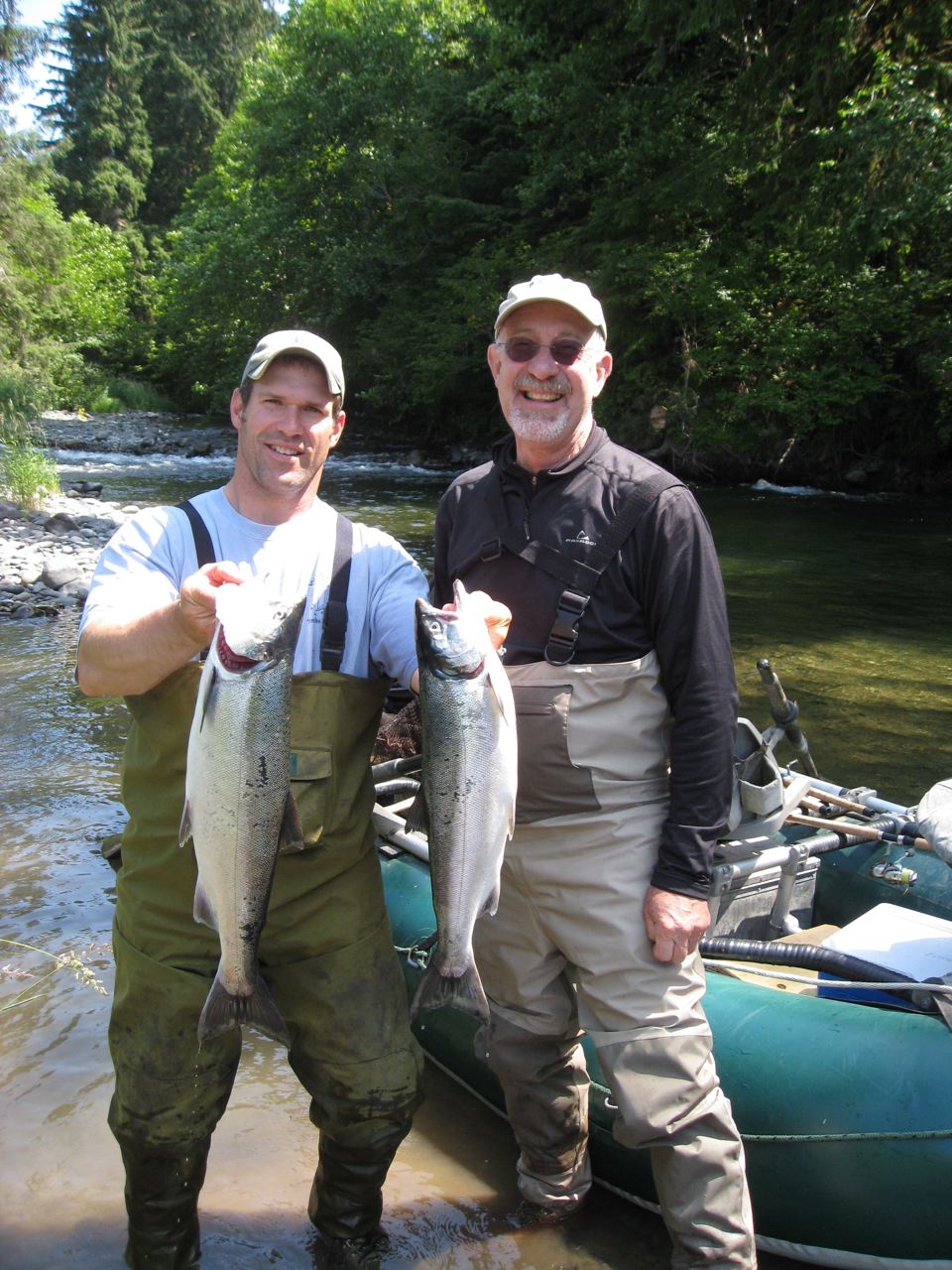 October through November bring large numbers of  Chinook and Coho salmon to the Olympic Peninsula streams.  Fall Chinook exceeding 60 pounds are not uncommon, although the average is about 30 pounds. Fall Coho are very healthy in size as well.  Where else do you hear of an average Coho of 12 to 20 pounds or more? These fish will test the strength and stamina of  any angler. This is the best time to catch the trophy Chinook or Coho for the wall or Catch and Release photo for the memory of a lifetime. 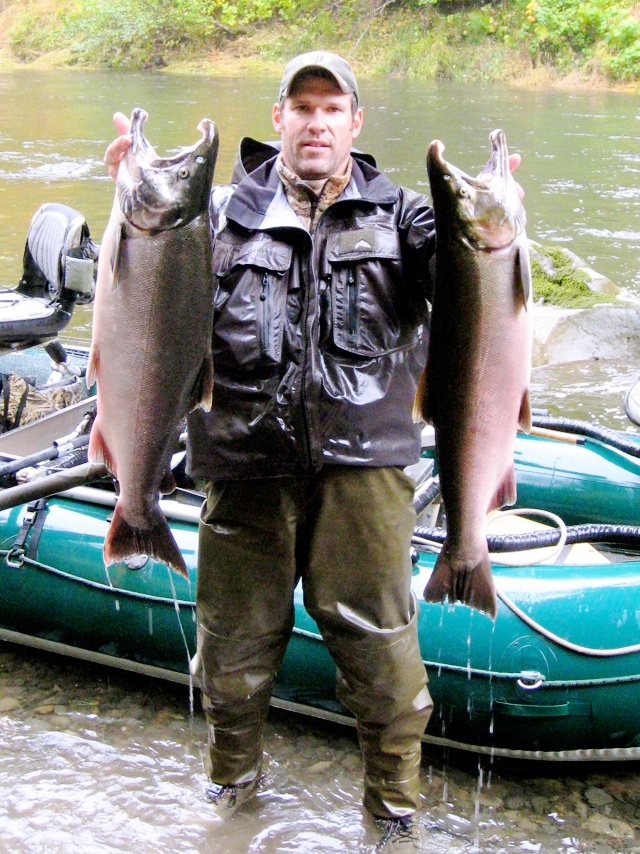 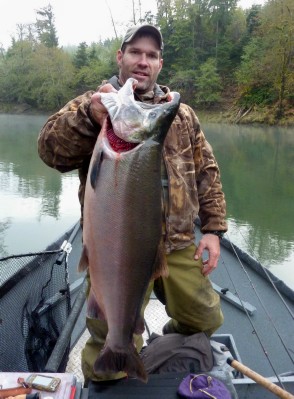 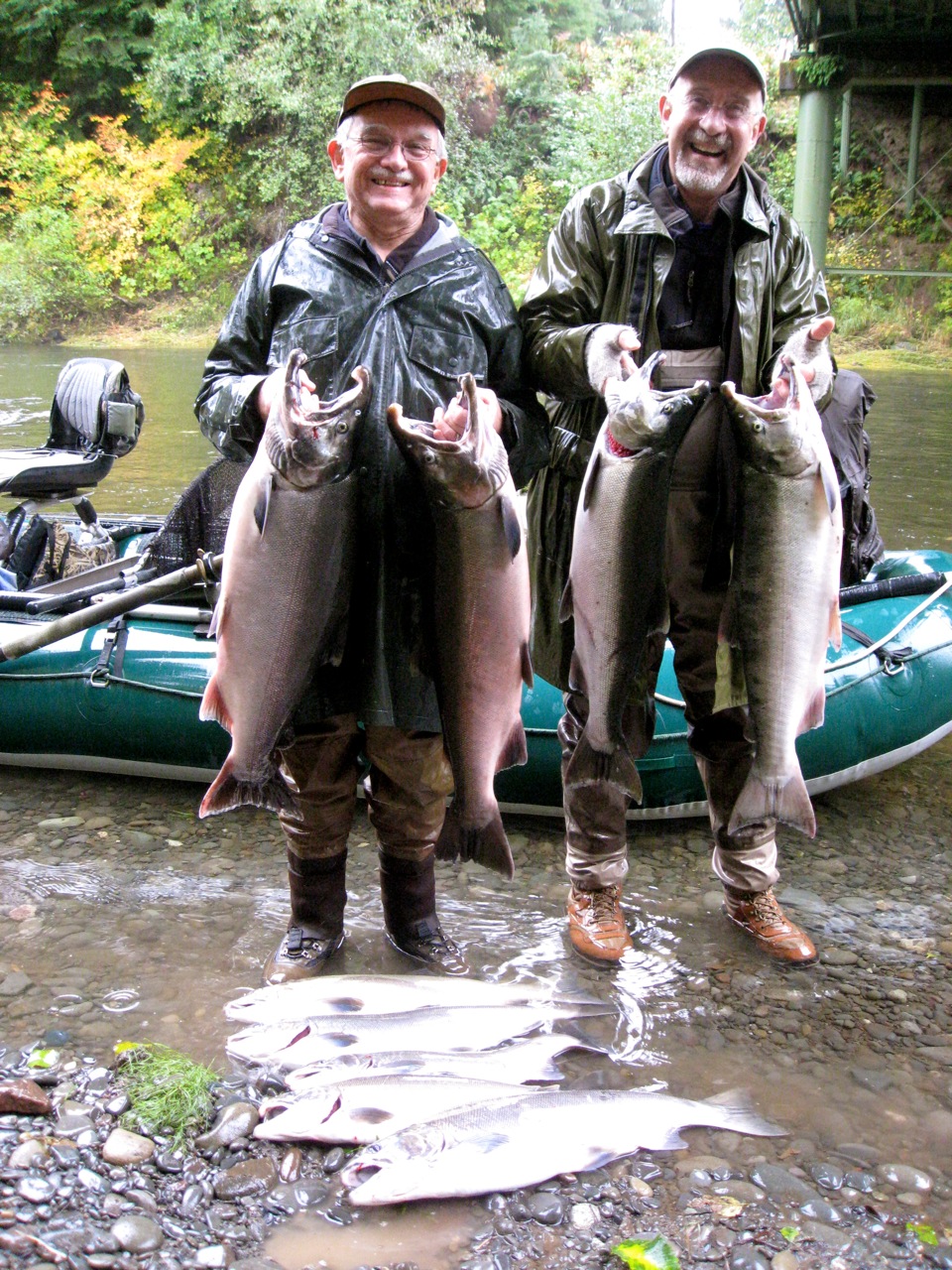